The Book on Making Money 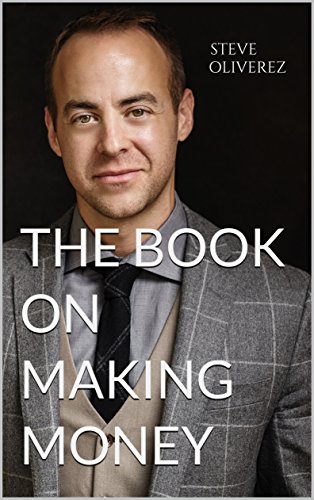 After skipping college, Steve Oliverez worked a series of low-paying jobs before setting a remarkable goal for himself – to double his income every year. In The Book on Making Money, he reveals what he learned while successfully hitting this goal for seven years in a row, growing his annual income to more than $1 million. Walking readers through the steps he took to reach his goal, Oliverez shows how they can apply the same techniques to greatly increase their own income, whether they work for someone else or run their own business.

Oliverez spells out his disagreements with the traditional wisdom that tells young adults to go to school, get good grades and find a safe, steady job – advice that has left many Americans with tens or hundreds of thousands of dollars in student loans, credit card debt or mortgages on homes they can’t afford. He also assaults the idea of saving one’s way to wealth as absurd and counterproductive, using his own experience of trying to save money while poor as an example. Instead of promoting an austere lifestyle of clipping coupons and spending as little as possible, he shows how those habits can actually prevent people from becoming wealthy.

Perhaps your goal is to create passive income, launch a startup or make money investing in the stock market. Maybe you’re still an employee and you want to learn how to write a better resume, ask for a raise, and budget so you can get out of debt. This straight-forward guide will teach you how money works and give you the tools to achieve financial freedom.