Making Money in Sixteenth-Century France: Currency, Culture, and the State 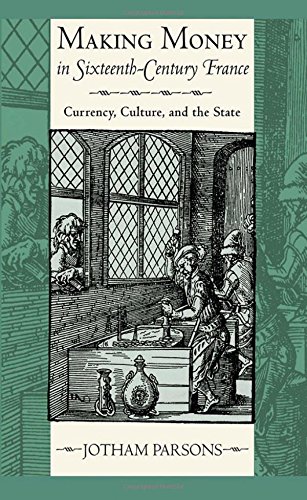 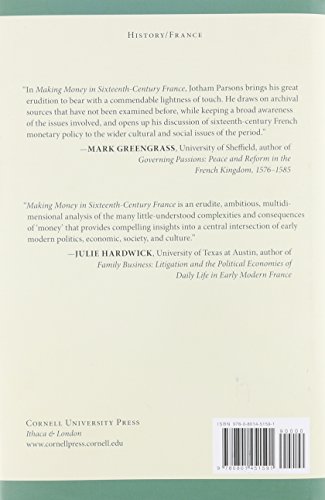 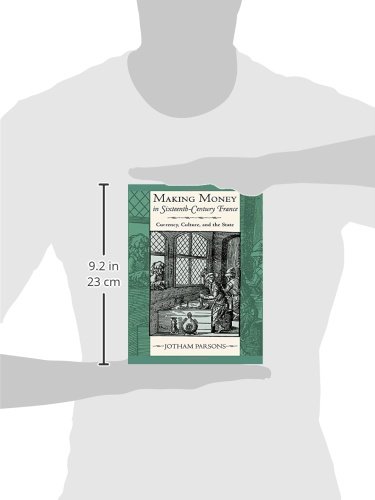 Coinage and currency―abstract and socially created units of value and power―were basic to early modern society. By controlling money, the people sought to understand and control their complex, expanding, and interdependent world. In Making Money in Sixteenth-Century France, Jotham Parsons investigates the creation and circulation of currency in France. The royal Cour des Monnaies centralized monetary administration, expanding its role in the emerging modern state during the sixteenth century and assuming new powers as an often controversial repository of theoretical and administrative expertise.The Cour des Monnaies, Parsons shows, played an important role in developing the contemporary understanding of money, as a source of both danger and opportunity at the center of economic and political life. More practically, the Monnaies led generally successful responses to the endemic inflation of the era and the monetary chaos of a period of civil war. Its work investigating and prosecuting counterfeiters shone light into a picaresque world of those who used the abstract and artificial nature of money for their own ends. Parsons’s broad, multidimensional portrait of money in early modern France also encompasses the literature of the age, in which money’s arbitrary and dangerous power was a major theme.